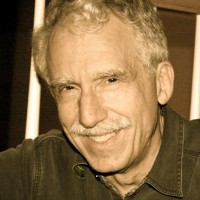 John Ashmead has been working with relational databases since the 1980's, building & enhancing databases in SQL Server, Oracle, Informix, Ingres, and PostgreSQL.

John gives frequent talks at database & other programming users groups. He is working on a book Zen and the Art of Debugging, about one of the most under-appreciated but important aspects of software.

He has also given physics related talks at physics conferences, science fiction conventions, and NASA. His most recent physics paper is “Time dispersion in quantum mechanics”.

We will use Ruby-on-Rails to build a PostgreSQL backed website. We'll use some of the excellent tutorials to build a small site with users and micro-content. We’ll talk about what to watch out for, which tasks to leave to the web framework, what to do on the database side. We'll show the various stages of development and we will leave the final product up on the web, for your use. To add a bit of spice, we will have the micro-content be links to various PostgreSQL resources.