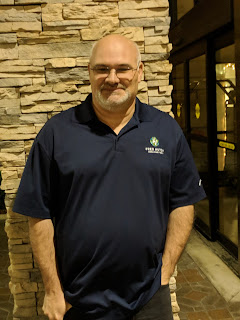 How do you use Postgres?

I work Fred Hutchinson Cancer Research Center and within Fred Hutch, I work for the largest group called SCHARP, Statistical Center for HIV/AIDS Research and Prevention. We use Postgres to monitor the AIDS drug trials real time to see if the trials are working or not. This means we collect the data from doctors and labs around the world, and analyzing the data. We also have servers where we receive data from other research institutes and share our randomized data, de-personalized, with other research institutes.


What community contributions have you provided?

In 2010 I started SeaPUG, Seattle Postgres Users Group, at the request of Josh Drake. I have at least have the presentations there every year. I have also discovered several PostgreSQL: bugs which have been fixed. Some of them affected every version of PostgreSQL. Bug numbers: 7553, 8173, 8257, 8291. I also found 8545, which has not been fixed but Core has acknowledge needs to be fixed but they are not sure where it should be fixed, pg_dump or pg_dumpall. I started the PostgreSQL track at LinuxFest Northwest in 2014 after my GIS presentation in 2013 was standing room only. This year I got a booth at the SeaGL, Seattle GNU Linux, conference with the idea of having a booth there next year along with also doing a PostgreSQL presentation next year at the conference.


You recently took a renewed interest in speaking at Postgres Conferences, why?

I have been giving presentations locally now for the last 7 years and so I am now ready to move on to the next step, doing presentations at the Local and National conferences around the United States.


What is the #1 barrier you see to Postgres adoption?


What is something you feel the wider Postgres community could be better at?

We need to promote PostgreSQL so that new people starting personal projects and starting at companies, will think about PostgreSQL before other databases. This starts with getting the younger generation interested in PostgreSQL and that also means that we need to get the college professors willing to talk about PostgreSQL in their curriculums instead of ignoring PostgreSQL for all the other competing databases. Some of this means that at all the other conferences, we need to have a PostgreSQL presence, aka booth and presentations. We should also come up with a certification method for PostgreSQL DBA's, User's, Engineer's, etc so that prospective employers will have an idea of the prospective employees skill set.