2ndQuadrant discusses Postgres and the market

As part of the countdown to PostgresConf US 2019, learn more about about featured Platinum Sponsor 2ndQuadrant, including their commitment to partnering with and contributing to the Postgres community.

Tell us about the recent uptick in Oracle to Postgres migrations.

Licensing costs of Oracle is a significant factor for businesses looking to migrate towards PostgreSQL. Not only is PostgreSQL a more cost effective solution, but it provides enterprise-level capabilities and customization options. The increasing demand for migration services from Oracle to PostgreSQL can also be attributed to the availability of PostgreSQL in the cloud.

Where do you see the Postgres market going?

PostgreSQL has been gaining traction with every release; interest and usage by large enterprises worldwide is growing exponentially due to the robust capabilities it provides. 2ndQuadrant intends to continue their active contributions in development and supports the overall growth of PostgreSQL.

Do you have any big wins this year?

2Q PGConf 2018 had a successful second year bringing together PostgreSQL developers and users. Both speakers and attendees enjoyed the combination of technical and use case topics as well as the diverse range of networking opportunities.

Sri Rangarajan, Lead Software Engineer at Enova International, commented saying he appreciates 2ndQuadrant’s hard work in “promoting and fostering a savvy, healthy and helpful community to welcome newcomers just like [it] did for [him] 5 years ago!”

For the second year in a row, PostgreSQL has been named DBMS of the Year by DB-Engines. This shows that developers and users alike are acknowledging the robust and versatile capabilities that it has to offer.

What is the number one benefit you see within Postgres that everyone should be aware of?

PostgreSQL's advanced features cater to a broad range of use cases all within the same DBMS. Rather than going for edge case solutions, developers are relying on the absolute reliability of the hyperconverged database to simplify their production deployments.

The Postgres community is one of the easiest global communities to work with. There is an open mindset all around and a common goal of growing the Postgres ecosystem as a whole.

Tell us why you believe people should attend PostgresConf 2019 in March.

Conferences are a great way for people in the PostgreSQL community to come together and share knowledge and ideas, which is the true spirit of open source. It is very exciting to see into the future developments of the project from the people who contribute so much to its growth.

It is a great way for members of the community to come together in person to share knowledge in different areas of the technology, describe practical use cases, and give sneak previews into cutting edge technologies for future versions of PostgreSQL.

2ndQuadrant provides PostgreSQL Solutions for the Enterprise - reliably deploying them on the platform of your choice and providing 24/7 Production Support. Our solutions address all aspects of your database ecosystem, ensuring high availability, disaster recovery, backup & failover management, and much more. Moreover, we provide tools to make your deployment process simple and reliable. With over 100 years of combined code contributions to the PostgreSQL project, our engineers ensure that your PostgreSQL solutions are fully supported in your production environment.

Visit the 2ndQuadrant team in the Exhibit Hall in the Metropolitan Ballroom on Wednesday, March 20, and Thursday, March 21.

Check out the full schedule for PostgresConf US 2019, and buy your tickets soon! 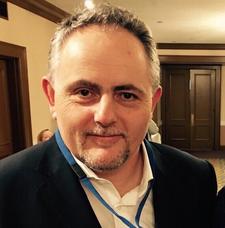 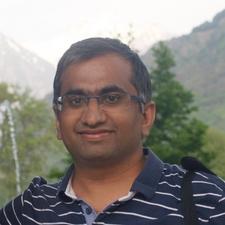